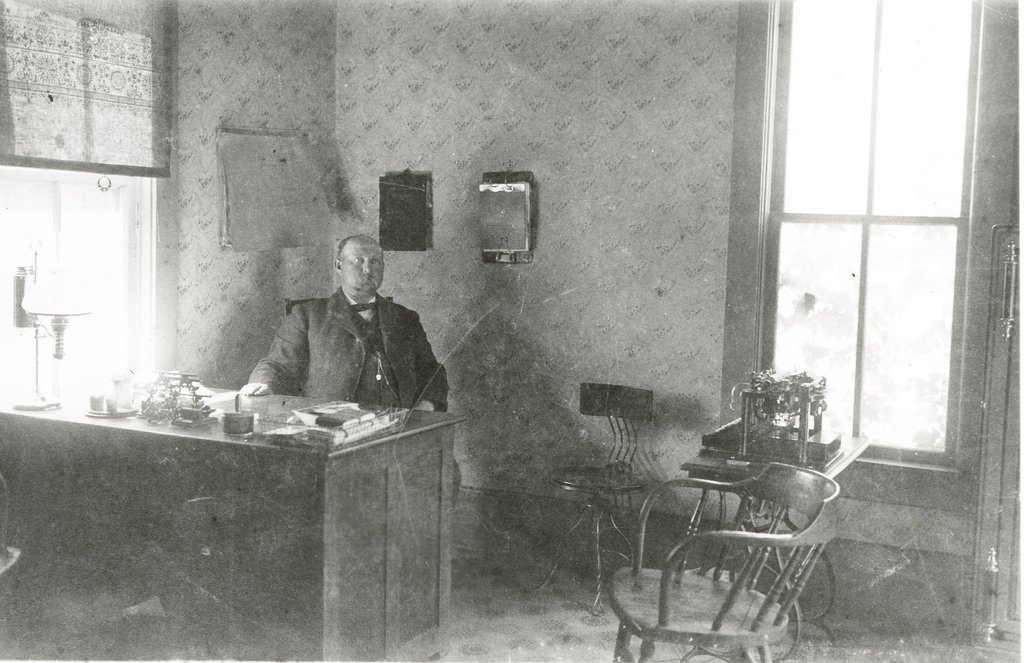 Since its advent, the term “Indian Agent” has been synonymous with corruption, and Albert M. Anderson fit the bill. In those days, the spoil system was in full effect. The only requirement for landing the job was to be from the same political party as those elected to office. The Burial of Indian Affairs tolerated agents use of his position to supplement his salary. 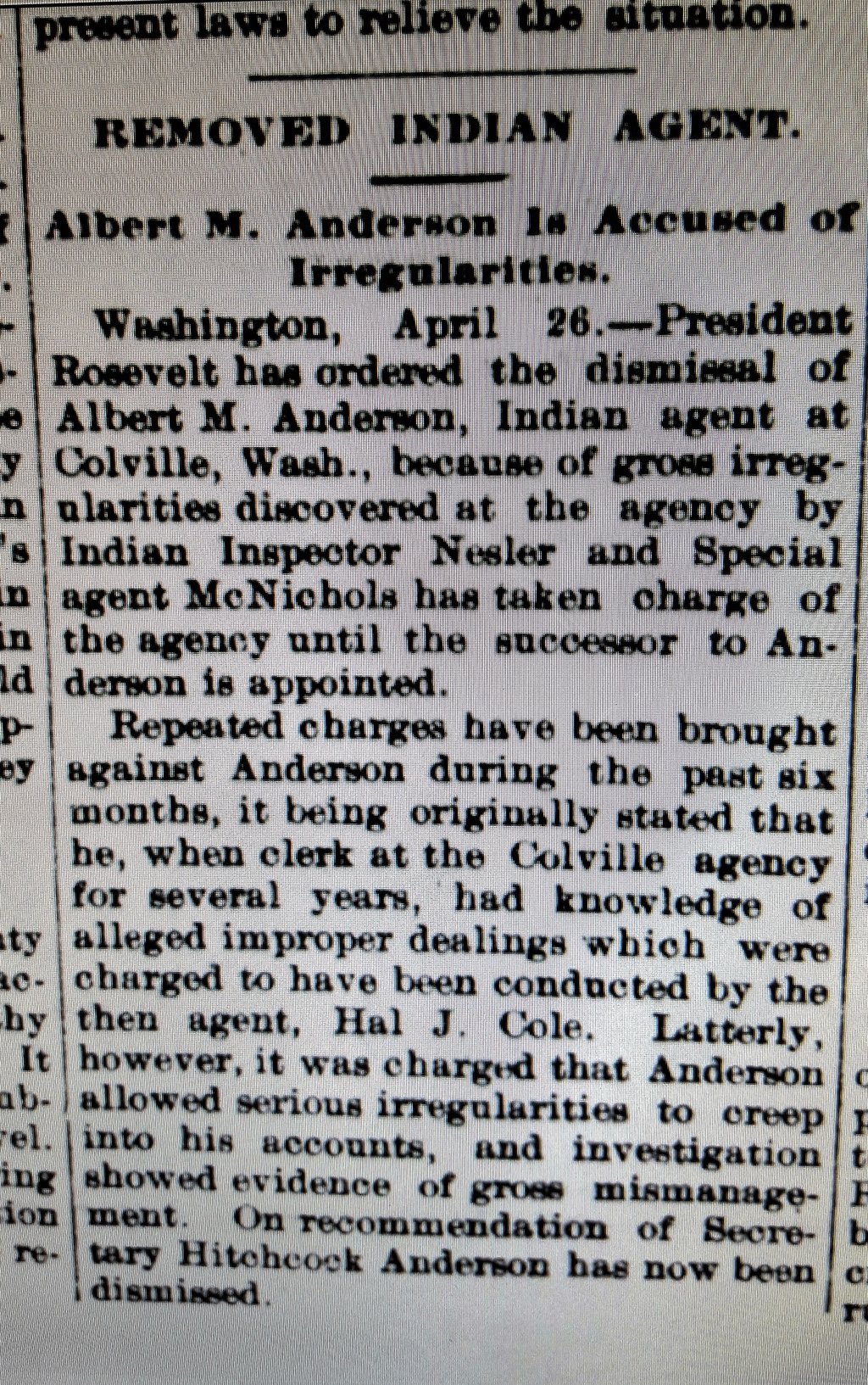 In 1889 Hal J. Cole was the Burial of Indian Affairs Agent assigned as the Colville Indian Agent, and Anderson was his clerk. Anderson quickly learned the dishonest bookkeeping methods that were the agent’s standard operating procedures. By 1897 Anderson took over as the Colville Agent. 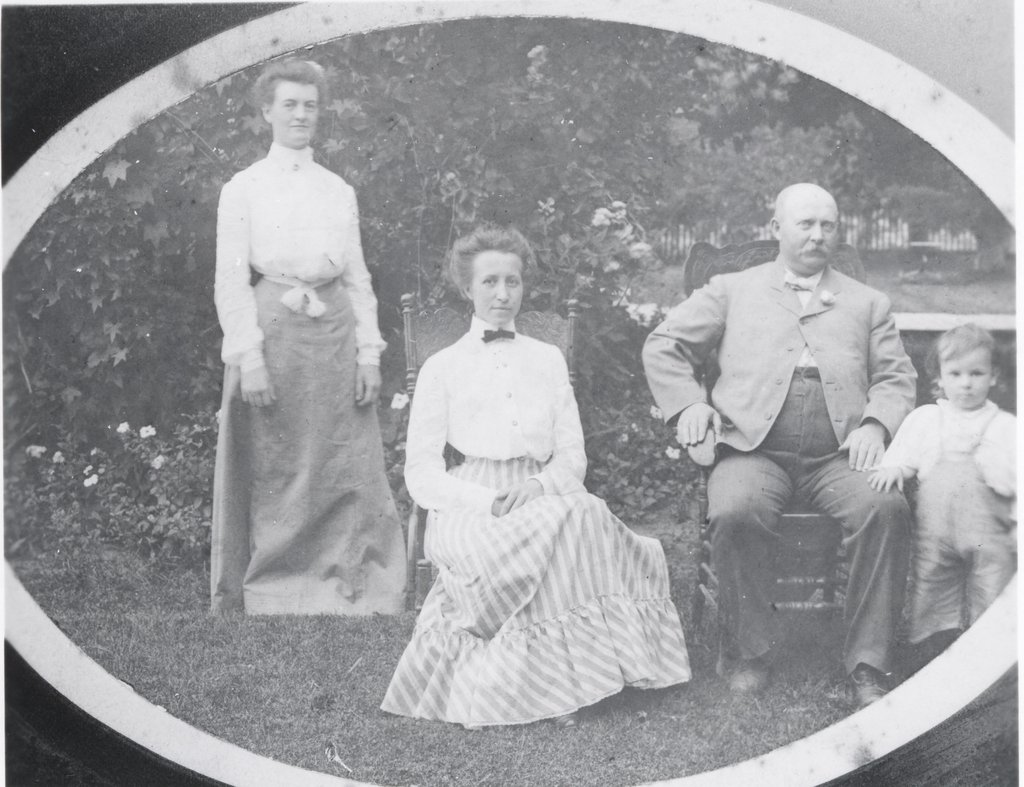 “Irregular” bookkeeping wasn’t enough for Anderson. In 1903 during a routine internal review Anderson’s misdeeds shocked even the most seasoned agents. Anderson had gone too far. His crimes included claiming to be the guardian of the reservation’s orphaned children, leasing the children’s land and pocketing the money. Additionally, Anderson was receiving kickbacks from mining companies prospecting on the Colville reservation. President Roosevelt had no choose, in spite of Anderson’s party loyalty, in 1904 the President ordered Anderson’s removal from office. 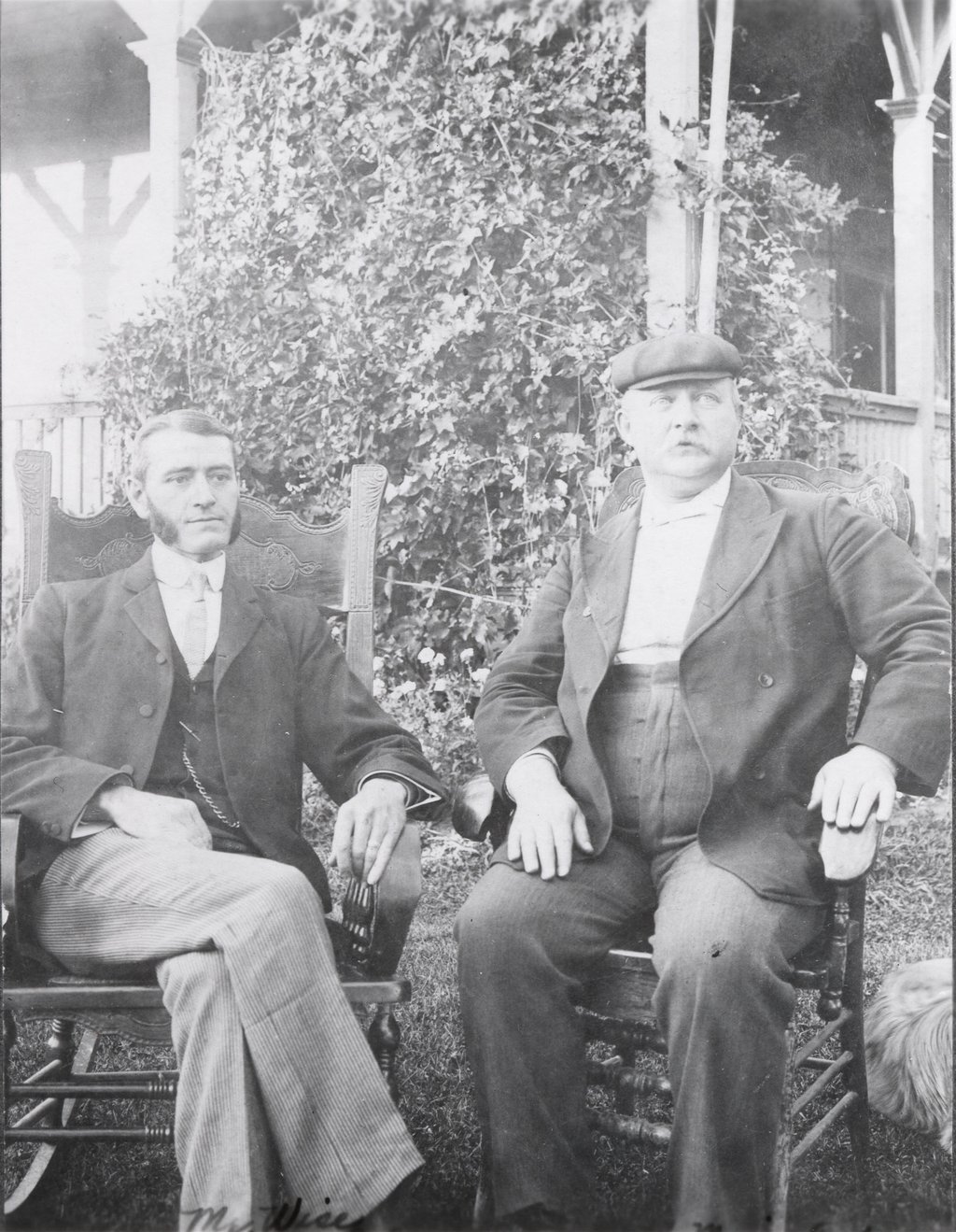 Anderson proclaimed his innocence. Four years later, in April of 1908, Anderson had his day in court. His case went before a Federal Grand Jury. In spite of the District Attorney’s confidence in his criminal case against Anderson, the jury did not render an indictment. But that wasn’t the end of Anderson’s legal woes. In September he faced charges of perjury related to the mining claims. It wasn’t until the end of October 1909 that the case was dropped. As a result of Anderson not being indicted the court records, in both cases, remain sealed to this day. 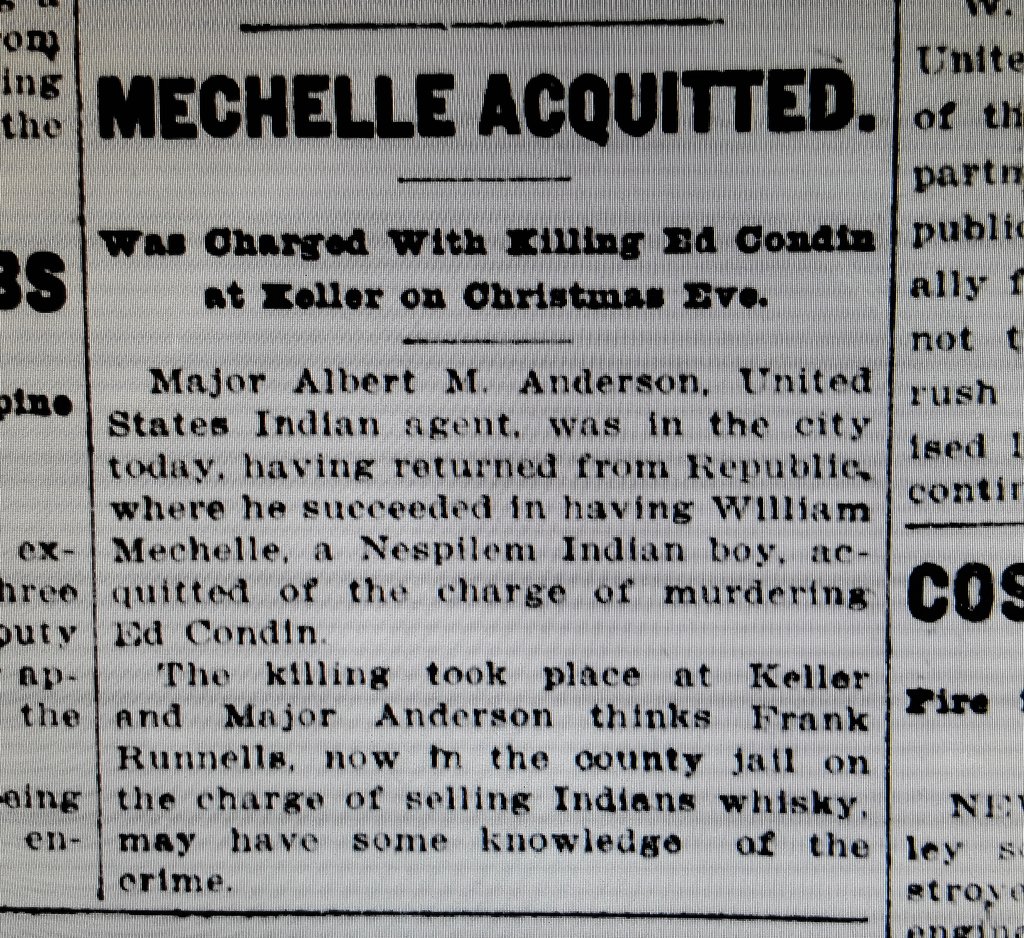 Ruby, Robert H., and John A. Brown. “The Spokane Indians: Children of the Sun.” Norman, OK: University of Oklahoma Press, 2006.