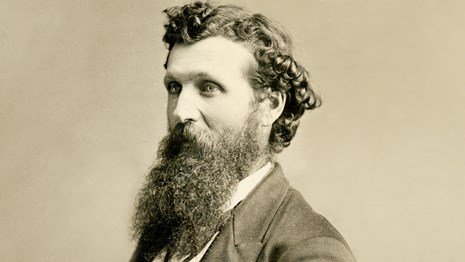 John Muir was born April 21, 1838, in Dunbar, Scotland.[1]“John Muir: A Brief Biography,” Sierra Club, accessed January 20, 2017, http://vault.sierraclub.org/john_muir_exhibit/life/muir_biography.aspx. Muir’s father owned and operated a successful grain and produce business out of the first floor of the family’s three-story home.[2]James Mitchell Clarke, The Life and Adventures of John Muir, (San Francisco, CA: Sierra Club Books: 1980): 4. From an early age, Muir had wandered the landscapes near his home.[3] John Muir, “A Boyhood in Scotland,” in John Muir; The Eight Wilderness Discovery Books, (Seattle, WA: The Mountaineers, 1995), 27.The boy was always up for an adventure.
Muir wrote that as a child he, “was fond of everything wild.” His first wild adventure was at the age of three hunting for the source of a mysterious new sound in a haystack. There he was, a tiny little boy with his grandfather in a hayfield pulling apart the haystack until at last, he found the tiny creatures making the nose; it was a field mouse with her newborn babies. Muir was ecstatic, remembering “No hunter could have been more excited on discovering a bear and her cubs in a wilderness den.”[4]Muir, “Boyhood in Scotland,”27.
In 1849, the Muir family emigrated to the United States.[5]“A Brief Biography,” Sierra Club.Muir was eleven years old and was excited by the prospect of new adventures in America.[6]Charles R. Van Hise, “John Muir,” Science, no. 1153 (February 2, 1917): 104, accessed January 18, 2017, http://www.jstor.org/stable/1641544 ; John Muir, “A Boyhood in … Continue readingThe family first set up a farm in Fountain Lake, Wisconsin.[7]Sierra Club, “A Brief Biography.” Muir wrote that he and his siblings would run down to the lake in their limited free time on Sundays. They loved the waterfowl and other animals that called the ecosystem home. They particularly liked the water-lilies which they would collect by the arm full and take home.[8]John Muir, “Life on a Wisconsin Farm,” in John Muir; The Eight Wilderness Discovery Books, (Seattle, WA: The Mountaineers, 1995), 62.
Over time crop yields at the Fountain Lake Farm diminished significantly, and after only eight years the family moved.[9]John Muir, “Life on a Wisconsin Farm,” in John Muir; The Eight Wilderness Discovery Books, (Seattle, WA: The Mountaineers, 1995), 53. They named the new location Hickory Hill Farm.[10]“A Brief Biography,” Sierra Club. During the day Muir worked outdoors with his family, and in his free time, he studied, alone, to further his education. Muir was obsessed with learning. He borrowed books from neighbors. When Muir wanted more books, he hunted and sold muskrat pelts to earn money needed for the books his parents wouldn’t buy for him.[11]Clarke, Life and Adventures of John Muir, 21.
In 1860, Muir entered the University of Wisconsin. While he was a dedicated student and earned good grades, Muir didn’t follow a prescribed degree path. Instead, he took classes that fit his varied interests and covered the many sciences.[12]“A Brief Biography,” Sierra Club. Muir’s father had raised all of his children in a strict Christian home, but Muir had no difficulty accepting Darwin’s new evolutionary theory. [13]Clarke, Life and Adventures of John Muir, 35.Science did not erode Muir’s faith in creation, and the two ideas lived peacefully in his heart.
Like many young people today, Muir left college looking for an occupation that would pay his way through life. He took a job in a small factory and in 1867, an accident blinded Muir for a month. When his sight returned, he chose to leave the company and follow his passion rather than a paycheck. It was the beginning of Muir’s wandering the American wilderness.[14]“A Brief Biography,” Sierra Club.
After a year of exploring the nation’s backwoods, Muir arrived in the Sierra Nevada and began a lifelong love affair with Yosemite.[15] “A Brief Biography,” Sierra Club.By the time Muir had arrived Yosemite had already been placed in a trust, for all people, under the care of the state of California. President Abraham Lincoln had signed the landmark law in 1864 blazing the way for what would grow into America’s national park system. [16]The National Parks: America’s Best Idea, episode 1, “The Scripture of Nature,” directed by Ken Burns and Dayton Duncan, (Public Broadcasting Station, September 27, 2009).                                                                                                                                               Muir wanted to see every tree and flower in Yosemite. He climbed cliffs and discovered glaciers. Muir accomplished this by spending consecutive days out in nature. He traveled light, often with only starvation rations and his journal. This meant that “he was cold… [and] frequently hungry; yet to these discomforts… Muir appeared oblivious.”[17]Van Hise, “John Muir,” 107. In his journal Muir recorded everything he saw down to the number of clouds in the sky over various landmarks.[18]University of the Pacific, Digital Collections, John Muir Journals 1867-1913, accessed February 19, 2017,  http://www.pacific.edu/Library/Find/Holt-Atherton-Special-Collections/ … Continue reading
Muir was able to claim trees and mountain because he was strong. His youth on the farm had given him years of manual labor. Plowing, hoeing, and cutting down trees. When he was just fifteen years old, he was able to cut a tree flat across the bottom. The pointed bottom was more common. Muir’s trees were flat because he possessed the tremendous strength from his shoulders down to his hands that were required.[19]Clarke, Life and Adventures of John Muir, 15 and 20.The backbreaking work of his youth had given his muscles the power needed to take Muir were he wanted to go. After years of fresh air and beautiful scenery, Muir fell in love with a woman.
In 1880, Muir married Louie Wanda Strentzel. The newlyweds moved to Martinez, California. Soon they had a prosperous fruit ranch and two daughters. For ten years Muir focused on his family, business, and writing. Muir was a prolific author. Over the course of his life, in addition to his personal journals, he wrote and published 300 articles and ten books.[20]“A Brief Biography,” Sierra Club. 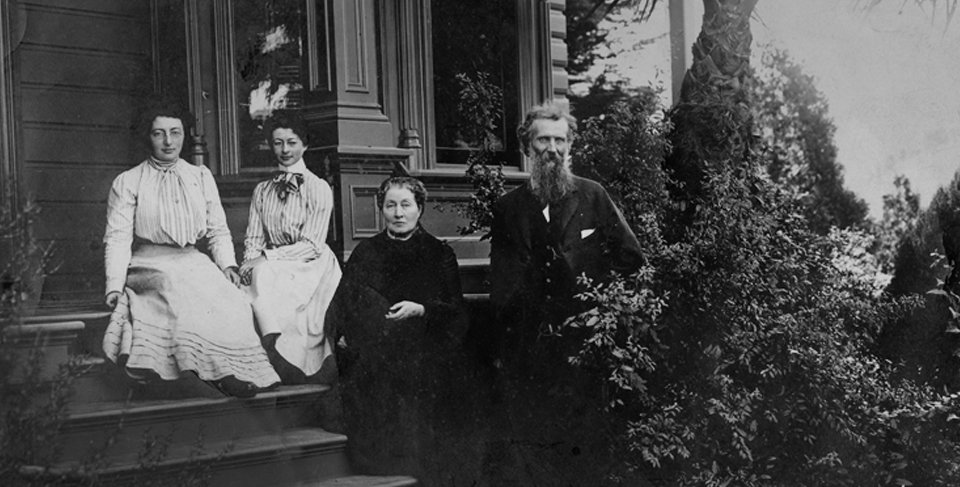 Figure 2. John Muir and family on the front steps of the Martinez home. NPS photo. John Muir NHS. JOMU 1732.
Muir ‘s relentless publications helped shape public opinion on the importance of making Yosemite a National Park. In 1890, much to the jubilation of Muir and others, Congress created Yosemite National Park. But Muir wasn’t finished with one park. He continued to advocate for and helped to found Sequoia, Mount Rainier, the Petrified Forest, and the Grand Canyon national parks. It is because of his hard work that Muir is remembered as “Father of Our National Park System.”[21]“A Brief Biography,” Sierra Club.
Even with the congressional act protecting Yosemite, Muir worried that the park could still be a target for entrepreneurs who could pay powerful lobbyists and change the laws. In 1892, Muir created the Sierra Club to lobby for the government’s protection of America’s wilderness. Muir was the organization’s first president and remained in the office until his 1914 death.[22]“A Brief Biography,” Sierra Club. He understood the powerful ally the government could be. On the topic of forests Muir wrote, in 1897, “Through all the wonderful, eventful centuries since Christ’s time-and long before that-God has cared for these trees, saved them from drought, disease, avalanches, and a thousand straining, leveling tempests and floods; but he cannot save them from fools,-only Uncle Sam can do that.”[23]John Muir, “The American Forests,” The Atlantic Monthly, no. 4 (May 2006): 57, accessed January 18. 2017, … Continue reading