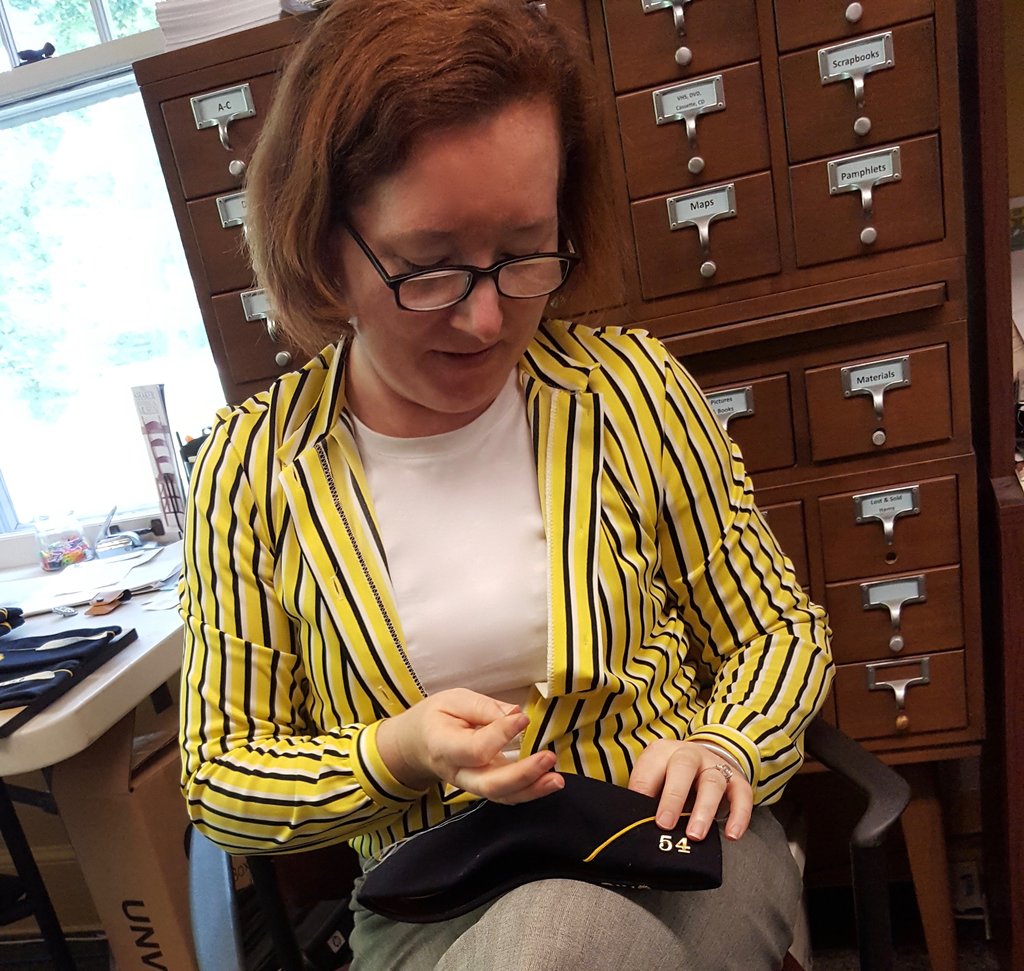 Monday: SIx hours de-install exhibit. The most difficult part was finding a place to store everything coming out of the exhibit. I helped with painting and sanding the walls to get everything looking freshened up for the new exhibit that will be installed tomorrow.

Tuesday: The exhibit and its installers arrived. It took about an hour to get everything set up. I spent about a half hour reading everything that came with it. I spent an hour in the gift shop and talking with visitors. The rest of the day was spent loading the last of the 2016 collection into Past Perfect. I will now start to label everything and find a place to store it. The director was delighted with my working draft of the deeds project. There was a source I found in the SHS archive that she didn’t know was there. She’s impressed by what I found. She wants me to add all the deeds in an appendix. I can do that. Then a little editing and I’ll be done.

Wednesday: Seven hours placing accession numbers on items from the 2016 collection and finding homes for those items. I was sewing the numbers into some hats. I have a few more pieces that need numbers sewn in and then I’m done. We spent about half an hour this morning repositioning the lights in the new exhibit. There is going to be a kind of soft opening Friday evening.

Thursday: Three hours finished sewing the accession numbers onto the last of the textile items. I spent one hour working on my deed project edits and adding images. I spent two hours helping one of the other interns hang some frames for a new information display that she has been working on. It was ridiculously difficult. I truly do not know what the walls are made from but driving nails into them is one of the most frustrating tasks of the summer. One hour sending out a quarterly news letter. Here’s an interesting find. While I was processing one of the collection items I asked the director for some guidance. It was an article in a frame. She pulled the article out and it was sitting in front of a painting. I spent about an hour today trying to track down the artist. I had no luck. An intriguing mystery I hope I have time to solve before I leave.

Friday: We spent the morning and the evening on last minute staging before the new exhibit debuts tonight. The afternoon was spent finishing up the edits on my deeds project. I stayed late tonight to take photos of the opening and help with other small tasks.

Thoughts: The director said the most challenging part of the job, for her, is supervising. She said it’s the one thing that was never covered during her education. Anything that involves people can be difficult. I don’t know that it ever gets easier I think people get better at being supervisors. They develop better communication, training, and interpersonal skills. But it can always remain a challenge even for the most seasoned supervisor. It might be a long time until I supervise people again, my skills might be a little rusty but I’m confident I will be an effective supervisor.